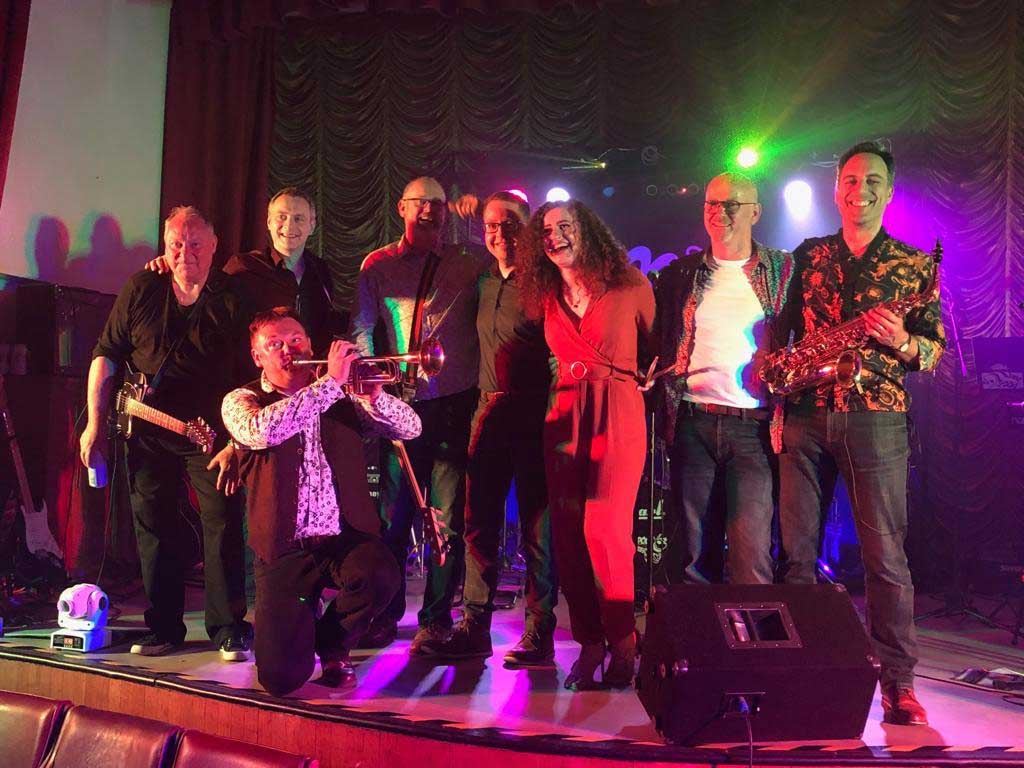 Get your tickets now for Dogs on Bees at the Mayfield Memorial Hall on Saturday 30th October. Just £6 from tickets@mramayfield.org.uk or buy online. In aid of the children’s playground fund.

Dogs on Bees are an 8-piece band, fronted by Mayfield’s Liv Grimes. The play a great set with favourites like: Brown Eyed Girl (Van Morrison), Are you gonna be my girl (Jet), Valerie (Amy Winehouse), Walking on Sunshine (Katrina and the Waves), Mr Brightside (The Killers), Giant (Rag’n’Bone Man), September 63 (Four Seasons), Superstition (Stevie Wonder), Shape of you (Ed Sheeran), 7 Nation Army (White Stripes), These boots are made for walking (Nancy Sinatra) and She’s Electric (Oasis).

Dogs on Bees were formed 8 years ago. Since then they’ve played about 60 gigs. For the event on the 30th October they’ll be wheeling out Uncle Fester for his Halloween outing.

And the reason they are called “Dogs on Bees”? One of their children suggested they should call themselves Dog Zombies – the name of a band in a children’s book. Two of the members of the band misheard and said that Dogs on Bees sounded a ridiculous name, but it stuck.

It’ll be an excellent night and it’s all in aid of the new playground in Mayfield!